Issue 13 of the Geothink Newsletter has been released!

In this issue, we celebrate the start of a new year by reflecting upon five successful Geothink&Learn webinars and highlighting exciting new Geothink research.

We catch up with Geothink Co-Applicant Teresa Scassa about her work on data deficits
in the sharing economy; Geothink Collaborator Muki Haklay about his new open course
on Citizen Science; former Geothink student Julia Conzon about her recent appointment
at Employment and Social Development Canada; and other grant news. 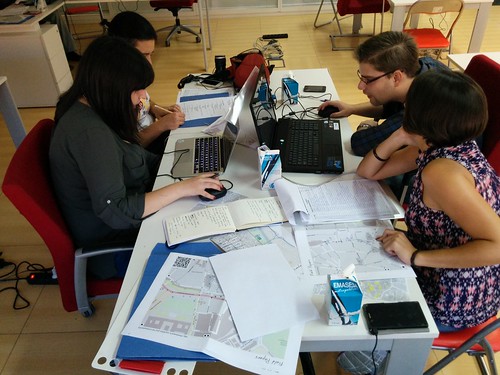 This Geothink Video Interview brings us a closeup look at the work and ideas of Teresa Scassa, Canada Research Chair in Information Law at the University of Ottawa. In particular, we talk with her about her views on Canada’s Action Plan for Open Government 2.0, problems with open access under the plan, the idea of making government data open by default and the role of academics (like those in Geothink) in making government more transparent.

Find the interview below. As always, all thoughts and comments are welcome. And, of course, stay tuned for more videos and podcasts soon on Geothink.ca.

If you have thoughts or questions about the video, get in touch with Drew Bush, Geothink’s digital journalist, at drew.bush@mail.mcgill.ca.