Issue 12 of the Geothink Newsletter has been released!

Inside this fall’s edition we celebrate the transition to the ultimate year of the Geothink partnership research grant.

We also bring updates on recent Geothink research, including the announcement of Geothink Student Shelley Cook as the awardee of the Dr. Alexander Aylett Scholarship in Urban Sustainability and Innovation. A panel introduces the idea of a smart city to students at Geothink’s 2017 Summer Institute at McGill University in Montreal, QC.

The term smart cities can mean one thing to a scholar of geomatics and something entirely different to an urban planner. The morning panelists on the first day of Geothink’s 2017 Summer Institute at McGill University in Montreal, QC enlightened more than 30 students and visitors on their perspectives.

The panel kicked off the main theme of this year’s gathering: “Smart City: Toward a Just City.” Each of the three days of the Summer Institute combined workshops, panel discussions and hands-on learning modules that culminated in a competition judged by Montreal city officials and tech entrepreneurs. The goal of the competition was for student groups to develop and assess the major principles guiding Montreal’s 2015-2017 Montréal Smart and Digital City Action Plan.

“I work on the smart city and especially on the way digital technology, geospatial technology could improve the capability of citizens to be more engaged in cities,” Roche told students to begin the panel discussion. “And this is why for me, smart is really linked to citizen engagement.”

“Smart cities, for me, is based on four components,” he added. “The first one is digital, so that means the integration of engineering the urban systems, so it’s really about urban engineering and improving the efficiency of engineering structure for urban management. The second component is open, so a smart city means opening cooperation and participation. The third one is this idea of being able to give an answer for different issues based on the use of sensing, learning and sharing. This is the component where citizen engagement is really, really important. And the fourth one is this idea of urban innovation. A smart city is also really linked to this idea of innovation. Not only economical innovation but the way we build cities. And the way we build living space for people.”

Not all the panelists focused on citizen-engagement or new sensors being installed in cities. Robinson spoke on how urban planners talk about smart cities. She noted that the role of planners is to consider the public good and how this should be defined and protected in the development of smart cities in relation to issues of sustainability, equity and inclusion. Scassa noted that she teaches law and, therefore, she thinks of smart cities as sensor-laden cities that make much new data available. For her, this opens many new questions for governance processes and personal privacy.

Later in the day, Montreal City Council Chairman Harout Chitilian introduced students to the ways in which Montreal aims to blend open data, new tech and entrepreneurship to make Montreal a leader in smart cities. He spoke at the Institute even as outside McGill the city celebrated its 375th anniversary. In an interview afterwards, he offered a practical perspective on what being a smart city meant for Montreal residents.

“So first and foremost, you get accountability,” Chitilian said. “So you know where your tax dollars are going in terms of as far as the services are concerned. You know how your contracts are being managed as far as who it’s being given out to and what are the concentration of contracts in certain areas. And you also have accountability from your public safety/police forces that have now a transparent way of reporting a crime map from the city of Montreal.”

“And then now, bit-by-bit, on a service-by-service basis, you also have real-time data of the progress of the services that are delivered to you,” he added. “And we started with snow removal but there will be much more in years to come.”

After more in-depth presentations on civic engagement by Feick and Robinson, accessibility by Fast and free public Wi-Fi by Guidoin, the day transitioned into its first student activity. Groups were asked to answer three questions about McGill’s campus and enrolling as a student. The catch was that half the groups could use free campus Wi-Fi (which Chitilian had just announced as part of the city’s plan) and the other half could not use any online sources.

“I think it was a good chance to re-think about the internet that’s available in different places,” said Wonjun Cho, an undergraduate student at McGill. “I think it was personally easier to find many places using Internet and Wi-Fi. And, yeah, it would have been interesting if I had an experience in analogue as well to compare. But overall it was a lot of fun.”

As a resident of Montreal, Cho also felt strongly about the city’s move to install free public Wi-Fi.

“There are many tourists who visit Montreal every year,” Cho added. “And, especially international tourists, they often find a hard time to get place to place. And these days so many people use apps and Google maps and trip sites to find hotels. And it would definitely be an enhanced experience for visitors to Montreal. And also for people who live here because not many people have unlimited amounts of data on their cell phones.”

As the day drew to a close, students were led in a discussion by Sieber on what they knew about smart cities prior to their arrival and how the day’s events had changed their perspectives. In attendance were students of mixed disciplines ranging from geography and urban planning to law and geomatics.

“If you see what’s going on right now with the group work, getting students from different universities, from different parts of Canada—let’s face it from different disciplines—bringing together their own set of experiences and skills into a group learning situation, I think that’s a meaningful outcome as well,” Geothink Co-Applicant Jon Corbett, associate professor at University of British Columbia at Okanagan’s Department of Geography, said. “So I’m really happy to see how well the students seem to be getting on, how well they work together in small groups, and I think that, hopefully, will be laying the foundation for, you know, for future graduate students. So that when they go to conferences or, who knows, when they become academics, they will already have that relationship or those relationships in place.” 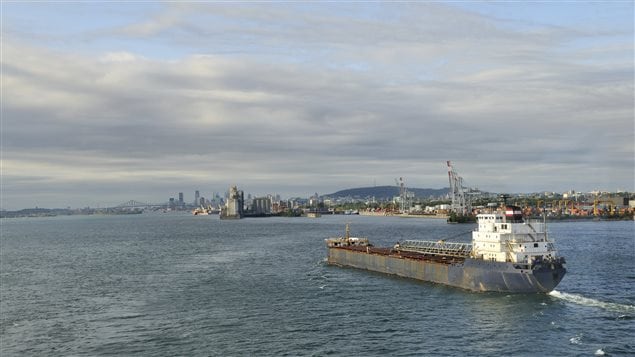